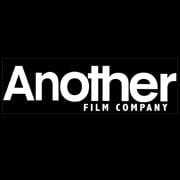 Another Film Company was set up in 2001 by ex Gorgeous founder, producer Tim Marshall and award-winning director Steve Reeves. They quickly went on to win the BTAA Best Cinema Commercial for the notorious Agent Provocateur commercial, featuring Kylie Minogue, which has gone on to become the most viewed viral ad in the world.

The director and ex creative director of Saatchi & Saatchi, Jeff Stark joined in 2006.

With the back up of one of the industry's most talented production teams, Another's main business is in the field of comedy, dialogue, sfx and performance based commercials.

Our 30 day free trial includes access to all features as well as 5GB to get you started. No obligation and no cards required. Just reach out if you want to discuss any aspect of your streaming project.
Start Your Free Trial
FeaturesLive ChannelsCampaignsPlayersPlaylistsWebpagesAgency Tools
ResourcesBlogFAQsTutorialsDocumentationTroubleshooting
CompanyPricingDirectory
hello@zidivo.com